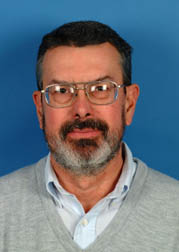 Dr. Vitt's interests include ecosystem dynamics, biogeochemistry and paleoecology of peatlands, particularly as related to climatic changes. He also has a continuing interest in all aspects of research related to biosystematics and taxonomy (emphasizing bryophytes), including ecological and systematic studies of mosses in tropical, temperate and arctic areas. He is especially interested in biodiversity, habitat preferences, morphometrics and cladistic analyses of moss taxa.